When it comes to gaming, there is a war between the Xbox series x vs PlayStation 5. These two consoles are game-changers for all players, both are amazing consoles with a lot of new features. Some prefer PlayStation to Xbox, personally I prefer Xbox. However, I am a lover of games and play for the sake of playing.

the Xbox series x is a next-generation console, that can do anything on demand. It has an amazing start-up time of 7 seconds and it can start up any game in a matter of seconds. There are almost no loading screens, which makes it easier to play. You can quit a game turn off your Xbox and resume your game where you stopped playing. With hardly any lag or delay, it plays with ease. Comes in 4k graphics and 120fps with a super-fast downloading speed for any game. Xbox also has its own exclusive games such as Forza Horizon, Forza motorsport, halo, and halo wars.

The pros and cons of The Xbox Series X:

Xbox series x is an incredible machine with a monster GPU and has a built-in SSD. Trust when I say you will be amazed at the speeds it can run. Expect the console to run super smoothly no matter what you play. One nice benefit of the Xbox is you have the option to expand your storage by 800GB.

It can be set up in a flash, you can also use the app for an easy setup. This console has backward compatible so you can play your old Xbox 360 games, and it brings them back to life. Microsoft listened to what this generation wanted, they definitely delivered. The console is impressive because you can play any game with 4k graphics. Which gives you the true 4k experience and still have 60+fps.

The Xbox series x can get a little warm if it is cramped in a small space or has a lack of air. There is one thing the new Xbox is missing, and that is games on the console. However, they made up with it by giving us the option of game pass.

The PlayStation 5 is an amazing console, with a slim body structure and has many more exclusive features than the PlayStation 4. Customizing the way you play as you would like it. Add any theme songs from any game on the home screen, as well as pictures, etc.

PlayStation can run most games in 120fps and can run any game in 4k that it allows. Its controller has a unique grip and structure that comes with a built-in mic. Sony, PlayStation has a lot of exclusive games like god of war, ratchet, and clank.

The pros and cons of The PlayStation 5:

The PlayStation 5 is a capable and reliable console that can play games in 4k. It has 120fps which is fantastic, especially when playing over a long period of time. Revolutionized, a futuristic gaming console that’s a smooth build with strong curves. A controller that is smoother than the old generation’s controllers, in this case, bigger is better.

The new PlayStation 5 doesn’t have a lot of games currently, however it will have more in the future. There is a shortage of the new PlayStation5. Some come out with a bad CPU, should you have an issue contacting Sony is pretty easy. Another con I guess would be that the home screen can glitch in and out, on rare occasions.

At the end of the day, it comes down to which games are compatible on Xbox series x vs the PlayStation 5. If you wish to know more about other tech-related articles on gaming, computers, and the internet, take a look at these blogs:

When it comes to gaming, there is a war between the Xbox series x vs the all-new PlayStation 5. These two consoles are game-changers 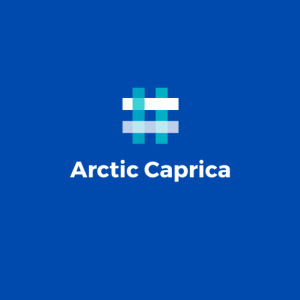